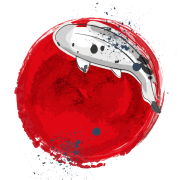 Responsive Web Design (RWD) is a web design approach aimed at building websites to provide an optimal viewing experience across a wide range of devices from mobile phones and tablets to laptops and desktop computer monitors.

Responsive web design allows for easy reading and navigation with a minimum amount of resizing, panning, and scrolling and should adapt to your device.

What is Media Queries and how are they used in Responsive Web Design?

Media Queries is a W3C Candidate Recommendation —a widely reviewed document which is ready for implementation by browser vendors.

It’s an extension of media dependent stylesheets designed and tailored for different media types like screen and print and is found in both CSS2 and CSS3.

A media query, in it’s essence, consists of a media type and an expression to check for certain conditions of a particular media feature.

One of the most commonly used media features is width and we use CSS rules to restrict the width of a certain device displaying a web page, we can then tailor the page’s representation to devices, for example on smartphones, tablets, netbooks, and desktops with varying screen resolution.